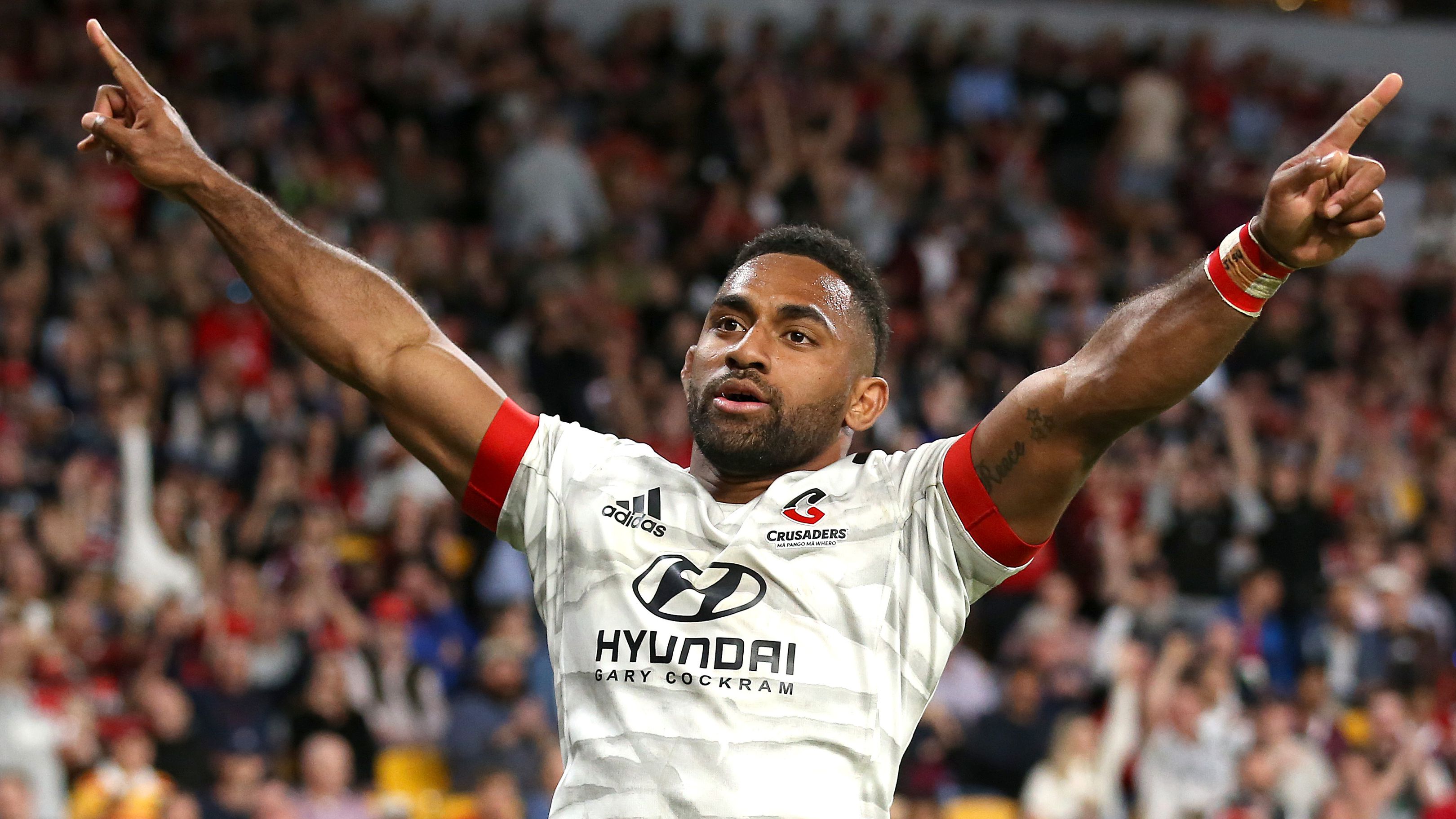 Call it a jandal slapping or a chilly binning, the New Zealand rugby sides haven’t so much taken the cream off the pavlova – they’ve grabbed the whole thing and are cutting some big slices.

Australian teams are 0-10 from two rounds of Super Rugby trans-Tasman action, so a turnaround is definitely due. Right?

Well see, but for now, let’s take a look at how things shook down in week two.

The only place rugby fans can watch every match is Stan Sport. Start your free sport trial now!

This was the moment Rebels hooker Jordan Uelese had always dreamed of.

Years of being coached to ‘play to the whistle’ were about to pay off, as he kicked the ball in behind the Hurricanes’ defensive line.

The referee’s whistle had stopped play and every other player on the field, but Uelese grabbed the opportunity and the ball with both hands.

The Bus’ picks off Rebels rookie

Then – safe in the knowledge the whistle had gone and there would be no repercussions for his actions – he went for a drop goal attempt.

And as that ball soared about 30 centimetres off the Sky Stadium pitch, he probably realised that would be the last such attempt on a playing field.

Just one of the lessons the Rebels can take from Friday night’s loss to the Hurricanes, as they head to the deep south for a match against the Highlanders next Sunday.

READ MORE: Brumbies blown off the park by classy Chiefs

The Waratahs lined up for the opening kick-off at Eden Park with some trickery.

Having strolled onto New Zealand’s hallowed rugby turf wearing their alternate uniforms that bear a closer resemblance to the Argentinian national side, the Tahs then lined up in low stances as if they were preparing for an athletics sprint race.

Would such surprise tactics work against the Blues?

Despite dominating the first half, the Blues only led 22-14, as Waratahs captain Jake Gordon stole an intercept from 50 metres out, which came only minutes after storming front rower Angus Bell had raced 190 metres to score.

OK, that sort of distance is not technically possible on a 100 metre rugby pitch, but it was a glorious score, that Bell can pass down for generations to come.

The Blues did run away with things in the second half, with some strong performances across the park, including winger Bryce Heem who bagged a hat-trick.

The Waratahs will now need to empty their bag of tricks next week, as they take on an all-conquering Crusaders in Wollongong.

On the surface of it, Saturday night was supposed to be a belter.

All four finalists from the AU and Aotearoa competitions colliding in two fantastic matchups.

What followed was unexpected and for a lot of people unpleasant.

The Chiefs came out with intent and ran all over the Brumbies in Hamilton.

After a brutal stretch of matches which have included heartbreaking results, the Brumbies finally showed some signs of cracking.

One positive for the Canberra-based side is the play of Rob Valetini, who has gone up a gear in the trans-Tasman competition.

They’ll need more of the same and improved efforts around him, with another tough away game coming against the Blues.

Crusaders stars carve up the Reds

“You can plan a pretty picnic but you can’t predict the weather.”

You also can’t predict a pack of grizzly bears invading your picnic and stealing all your food.

At Suncorp Stadium on Saturday night, the Crusaders were that pack of grizzly bears and the AU champion Reds were the picnic.

This was a stunning example of Richie Mo’unga and the Crusaders’ brilliance and a huge blow to Australia’s brightest hope for the tournament.

The Reds now travel to North Queensland to take on the Chiefs, so here’s hoping they go for broke with likes of Vunivalu, Paisami, Wilson and McDermott and dazzle the Townsville faithful.