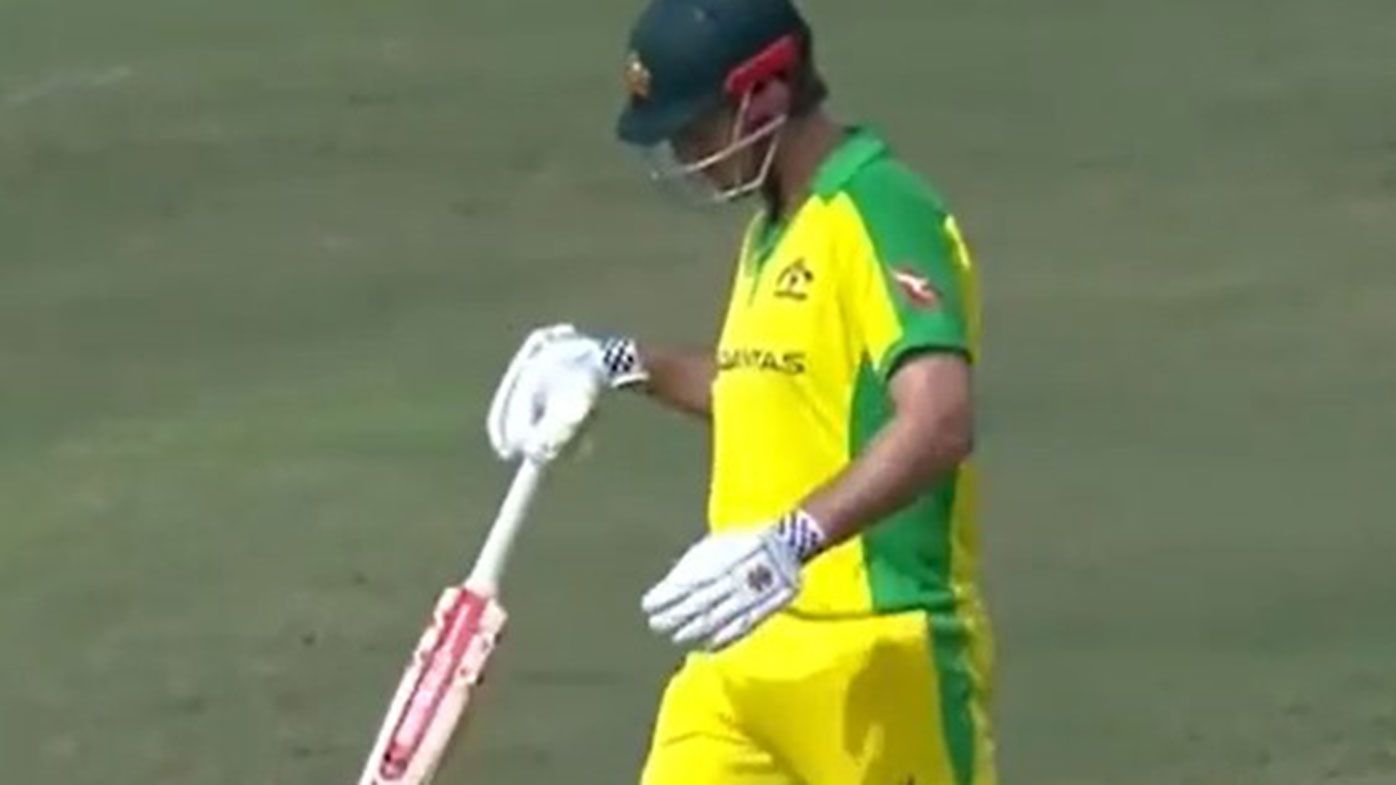 Mitchell Marsh reacts in frustration after being dismissed in the first ODI against the West Indies.

A century partnership between Alex Carey and Ashton Turner was one of the few highlights for Australia in the opening ODI against the West Indies in Barbados.

It came as Australia’s top-order batsmen once again failed to convert a start into a substantial score, with debutantes Josh Philippe (39) and Ben McDermott (28), along with Mitchell Marsh (20) all failing to kick on.

Even worse was the lower-order collapse which saw Australia crumble from 4-218 at the start of the 45th over, to 8-229 just 15 balls later.

The tourists eventually limped to 9-252 from 49 overs, with leg-spinner Hayden Walsh picking up his best ODI figures of 5-39, as Australia’s struggles against spin carried over from the T20 series.

“The conditions are really foreign to us,” Turner said.

“Travelling halfway across the world to get here, but we’ve had some time to adjust now, playing the T20 series.

“We saw it favoured the spin bowlers quite a lot, but I think the quick bowlers will be happy to bowl out there.

“There was a little bit of two-paced in the wicket, it was a challenge, but there was runs to be scored if you knuckled down.”

Turner lamented the middle-order collapse that saw both himself and Carey dismissed in the same over, preventing an acceleration of the run-rate in the closing overs.

“We knew that we had to take the innings deep and bat for a little bit of time, and hopefully try and cash in at the end,” he said.

“We feel like we’ve got a score that’s defendable.”