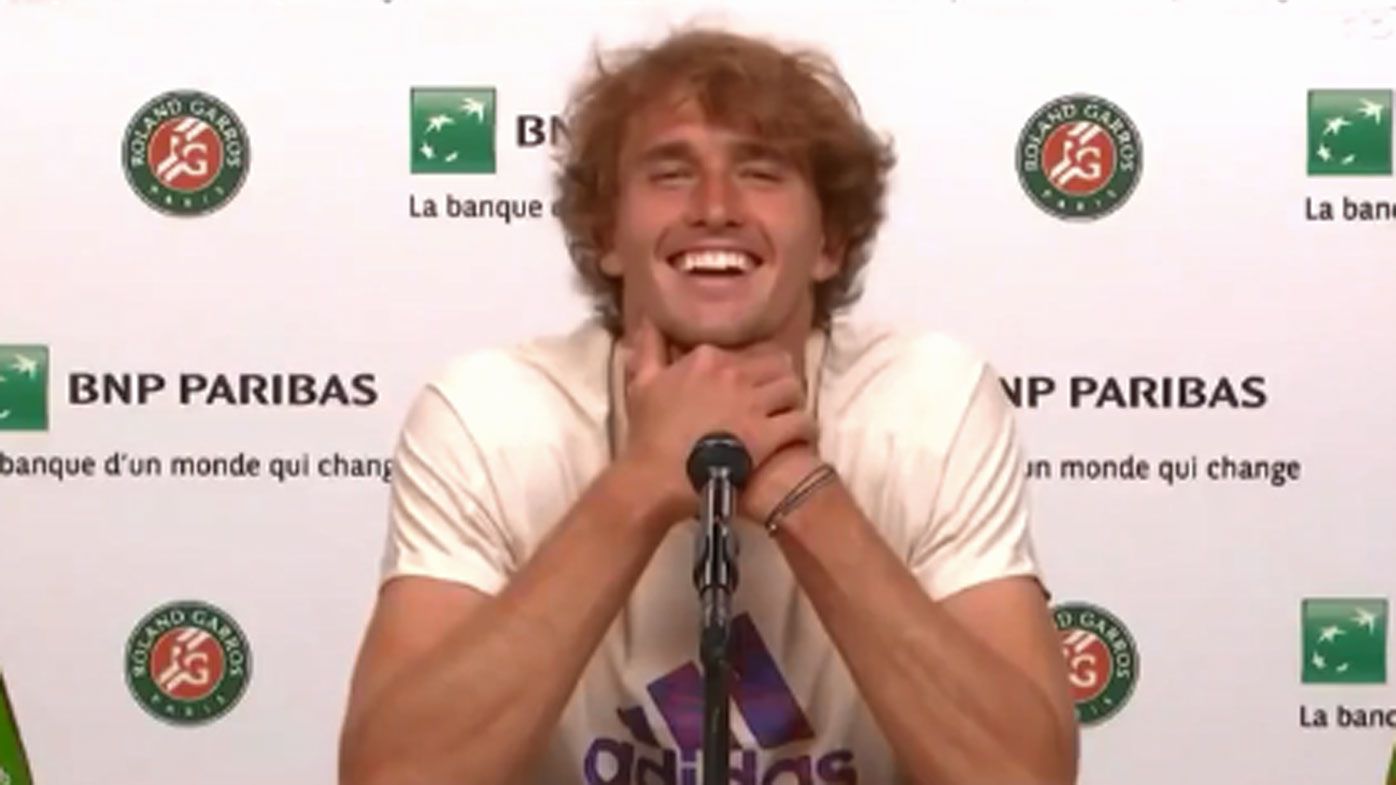 Roland-Garros officials have been caught in an embarrassing slip up after tournament organisers revoked, then reinstated media accreditation for a journalist following a supposed joke during a press conference.

After Alexander Zverev’s come from behind win over fellow German Oscar Otte in the first round, journalist Jonathan Pinfield called in, via Zoom, to the post-match press conference.

Pinfield started by referencing the German star’s exchange with the chair umpire before the match, when the 24-year-old sarcastically launched his own boycott attempt after failing to show up on time on court.

“Firstly, let me apologise — I’m really sorry — but I’m running late for the press conference and I’m actually in the supermarket,” Pinfield said.

“I can see that,” a laughing Zverev replied.

The media member continued by asked for time-keeping tips and if the sixth seed wanted anything from the supermarket.

According to the journalist, the joke was that Zverev “was late to his match, so I pretended to be late”.

While Pinfield thought his “joke” was hilarious, the current climate regarding press conferences and the well-being of players in light of Naomi Osaka’s withdrawal led to his accreditation being stripped.

“Sadly, after Alexander Zverev’s 1st rd media conference, my Roland-Garros media pass was revoked,” Pinfield tweeted. “My appearance in a supermarket (meant as a joke) was regarded as unprofessional.

However, after Zverev heard about the reaction to the gag after his second round win, he called for the media pass to be reinstated.

“He is a very nice guy. I hope he gets his media pass back. I don’t want to be the reason why he lost his media pass,” Zverev said.

“I think he did it more as a joke. But the other way around, I also do jokes sometimes that are taken the wrong way.”

Funnily enough, Pinfield took to social media a couple of hours later with an update.

“Following e-mail correspondence with the FFT in the last few mins, I’ve been informed that my media accreditation will be re-instated for Roland-Garros,” he tweeted.

“I’d like to reiterate my appreciation for all the players and organisers taking part in #RolandGarros. Appreciate your support.”