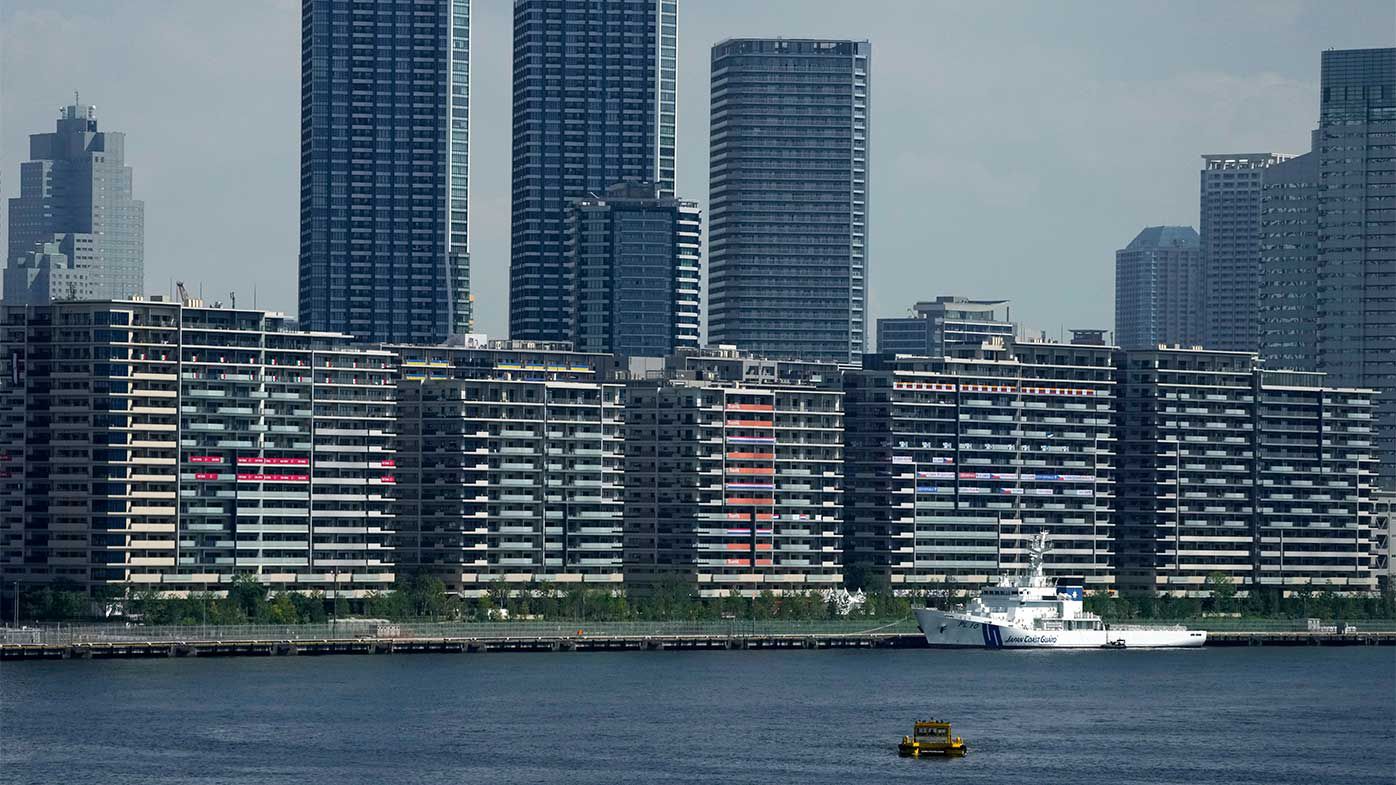 The athlete’s village in Tokyo.

The Tokyo Games has recorded its first positive COVID-19 test inside the Olympic Village.

An official connected to the Games has been placed into a 14-day quarantine as a result.

Tokyo officials confirmed there were 14 more confirmed new infections in Japan linked to the Olympics since July 1, which brings the total number to 44 in that period. The Opening Ceremony starts in less than a week on July 23.

Of the 13 other positive cases, four were connected to “Games connected personnel”.

Seven are contractors working on the Olympics, while the other two are members of the foreign media.

Infection rates haven’t decreased in Tokyo with 1271 new COVID-19 cases recorded yesterday, which marks the 27th day in a row where the tally is higher than a week prior.

The virus has already caused chaos as several teams were forced into isolation with at least five athletes testing positive for COVID-19 since arriving in the Japan. The Refugee team has also had to delay its arrival after a member of its team tested positive.

Concerns over the staging of the Games has been a constant theme in the run up to the event, with local health experts warning the Games could be a “super-spreader”.

IOC President Thomas Bach has claimed there is “zero” risk of the virus spreading to the Japanese population because of the COVID-19 countermeasures in place at the Games.