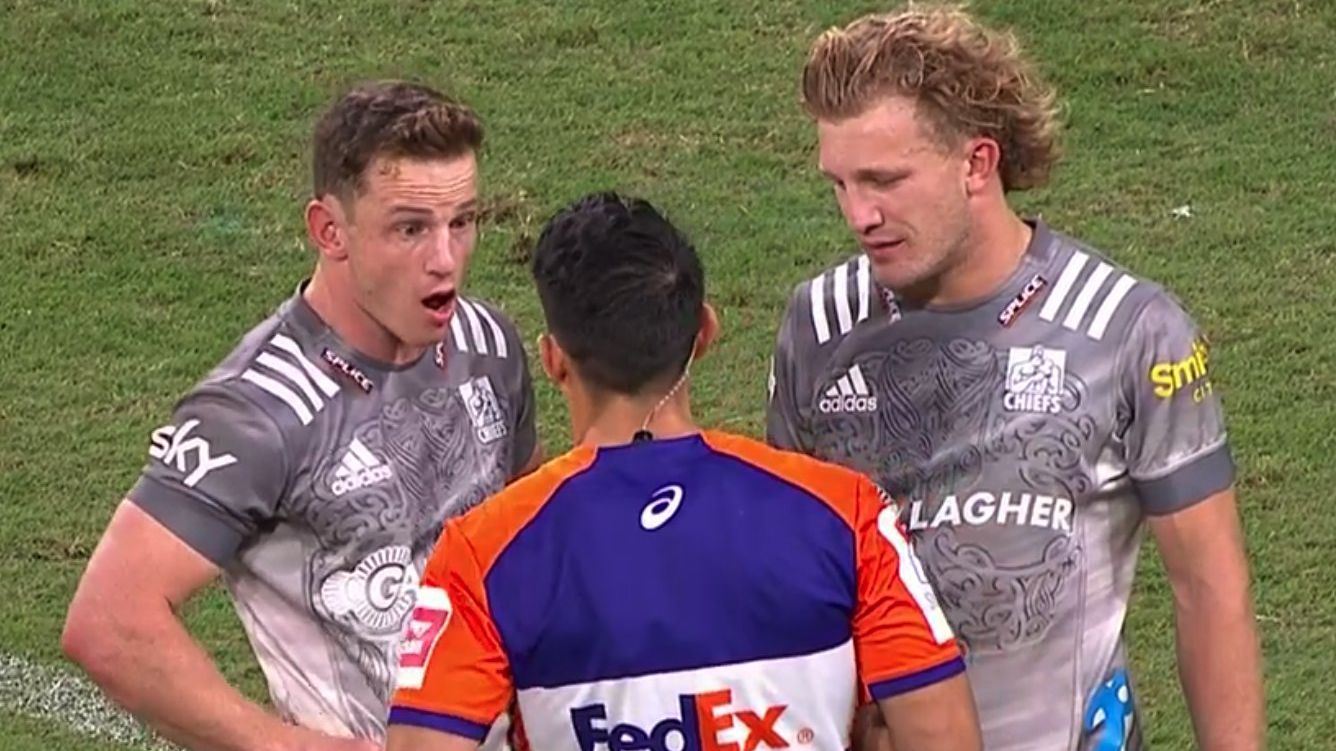 On the Nine/Stan Sport coverage, Michael Cheika says he is disappointed by the Damian McKenzie red card.

“And I’ll tell you why. I think the Reds would have been doing this regardless,” Cheika says.

“I don’t like it at all. Perhaps maybe a yellow card but I don’t think the force was created by the attacker. Ref too involved.”