Parramatta’s Origin duo Mitchell Moses and Junior Paulo have both been ruled out for tonight’s clash with the Titans.

Jakob Arthur, the son of coach Brad Arthur, will replace Moses at halfback, while Marata Niukore comes in at prop for Paulo.

In some good news for the Eels, hooker Reed Mahoney has been named in his first game back since Round 13 after suffering a shoulder injury.

Meanwhile, the Titans will welcome back star forward David Fifita from suspension, while the Origin trio of AJ Brimson, Tino Fa’asuamaleaui and Moeaki Fotuaika are all expected to back up.

“All three played around 40 minutes. As long as they pull up okay I’m happy for them to play then we have a long turnaround into the next game,” Titans coach Justin Holbrook said on Thursday.

“If they’ve got bumps and bruises I won’t play them.”

The Eels remain comfortably in the fourth spot on the NRL ladder.

A win tonight for the Titans is crucial, with Gold Coast currently sitting two premiership points outside of the top eight. 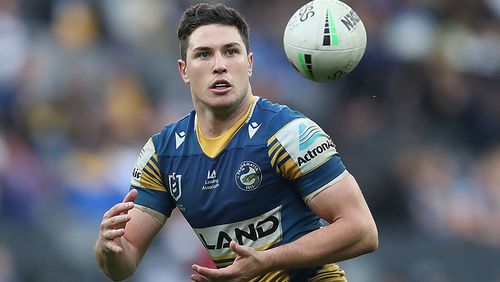