Blues coach Leon MacDonald has made three changes to his starting side from the one that battered the Rebels in Melbourne last weekend.

Star No.8 Hoskins Sotutu is out with a toe injury, with fellow All Black Akira Ioane a ready-made replacement.

Blake Gibson comes in for Adrian Choat at openside flanker while Ofa Tuungafasi starts at tighthead prop ahead of Marcel Renata.

All Blacks forwards Patrick Tuipulotu and Dalton Papalii are being eased back via the bench after recovering from injury.

Meanwhile, the Waratahs have named an old fashioned bolter in their starting XV, with Northern Suburbs winger James Turner whistled into the side. 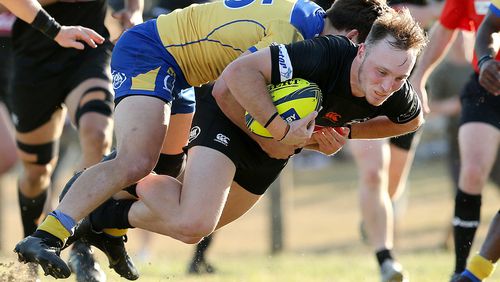 “James has been outstanding in the Shute Shield this season for Norths and deserves his selection,” Waratahs co-coach Jason Gilmore said.

“We brought him into the squad last week and he has been just as impressive on the training field.

“We’ve got a lot of faith in him and are excited to see what he can do in Super Rugby.”

Wallabies backrower Jack Dempsey returns from a foot injury and is on the bench.

“Demmo is a great ball carrier and it’s great to have an experienced senior player back in the squad,” Gilmore said.

“He adds another dimension to our pack and we’re looking for a real impact from him off the bench late in the game.”