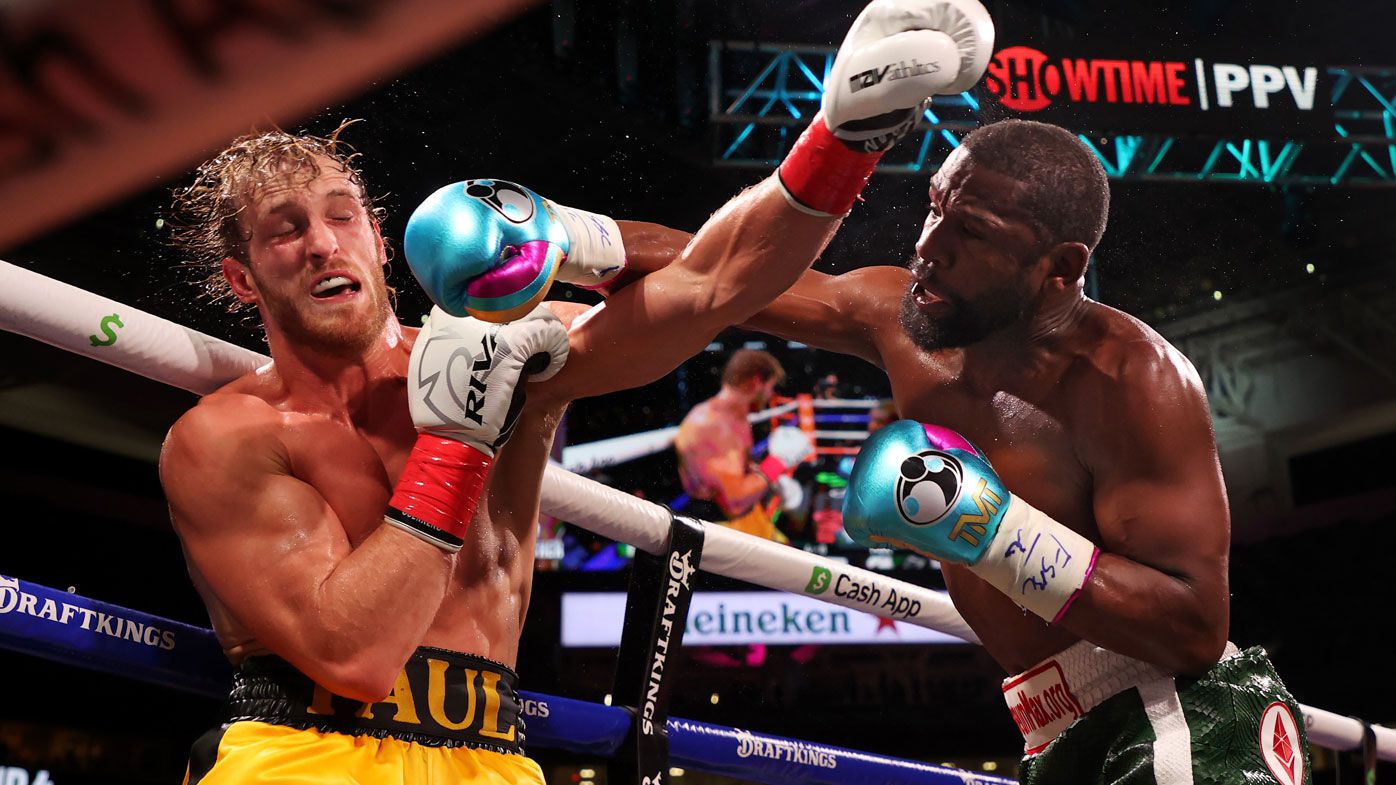 Their faces said it all.

Walking back to their dressing rooms, Floyd Mayweather and Logan Paul were seen grinning from ear to ear. Celebrating with their teams.

Reports vary but both men are set to walk away with a lot money. Mayweather a reported $132 million. Paul somewhere in the vicinity of $20 million. And that has plenty of people peeved – especially those in the combat sports world from boxing and MMA.

The large disparity in size and experience level meant the Florida State Boxing Commission did not officially sanction the fight – yet Paul – more an ‘influencer’ than a boxer – will walk away with more than most fighters will make in three lifetimes.

As is the case with most Mayweather fights – the contest went the distance. Mayweather has never been a big puncher and has relied on outboxing opponents for years. But still, most thought the experience level would mean the undefeated legend would catch Paul at some point.

Mayweather walked Paul down in the latter rounds and landed 43 total punches to Paul’s 28 – with 36 of those being power shots. Paul landed 21 power shots. But the telling blow never came. And to be honest it was never going to happen against an opponent nearly 16kg heavier than him. Floyd was barely knocking guys out when they were his own size at the peak of his career. Yet the build up was littered with talk of Mayweather knocking out his novice opponent who had only had one professional boxing bout prior.

While the fight was sold on the massive size difference between both men – Paul’s towering frame was difficult to get around and both men fought in the clinch regularly. The YouTuber also wrestled during sections of the fight.

The event was panned by several leading voices in MMA and boxing, along with fans in general who couldn’t help but highlight the hug-fest they were witnessing.

World champion Canelo Alvarez reacted to the fight with a slapping head emoji, while boxing commentator Teddy Atlas wrote on Twitter: “Floyd was half right, it wasn’t exciting but it was Easy Money.”

Jake Paul, Logan’s brother, reacted to Canelo’s tweet by firing a shot at the star: “You can’t sell PPV’s. I would eat you alive.”

The Athletic’s boxing writer Lance Pugmire described the fight as “legalised bank robbery” just as Mayweather had labelled it in the lead up.

Combat sports reporter Kevin Iole wrote: “At the end of the day, what this was was an outrageous money grab. It angered many boxing purists.”

MMA fighters were also bewildered by the match up but mostly by the amount of money Logan Paul was being paid.

UFC heavyweight champion Francis Ngannou highlighted the huge disparity in pay between boxers and MMA fighters, exclaiming: “WHAT ARE WE DOING WRONG?”

MMA reporter Ariel Helwani even went as far to say that Paul won.

“You’re one of the greatest ever. Play around for a couple rounds and then pour it on. He didn’t. He let Logan hang around. Paul surviving is a win for him. He’ll claim victory.”

The money Mayweather got paid for fighting is one thing but what he got paid altogether is a different story. He wore an ‘Only Fans’ hat into the ring while his whole kit was decked out in sponsorship.

Mayweather said in the post-fight press conference he was paid $30 million for sponsorship on his trunks alone.

Perhaps the most frustrating admission for fight enthusiasts came after the fight. After weeks of building up the clash, Mayweather had a simple take on how it played out.

“It wasn’t a real fight, it was like sparring in the gym,” he said.