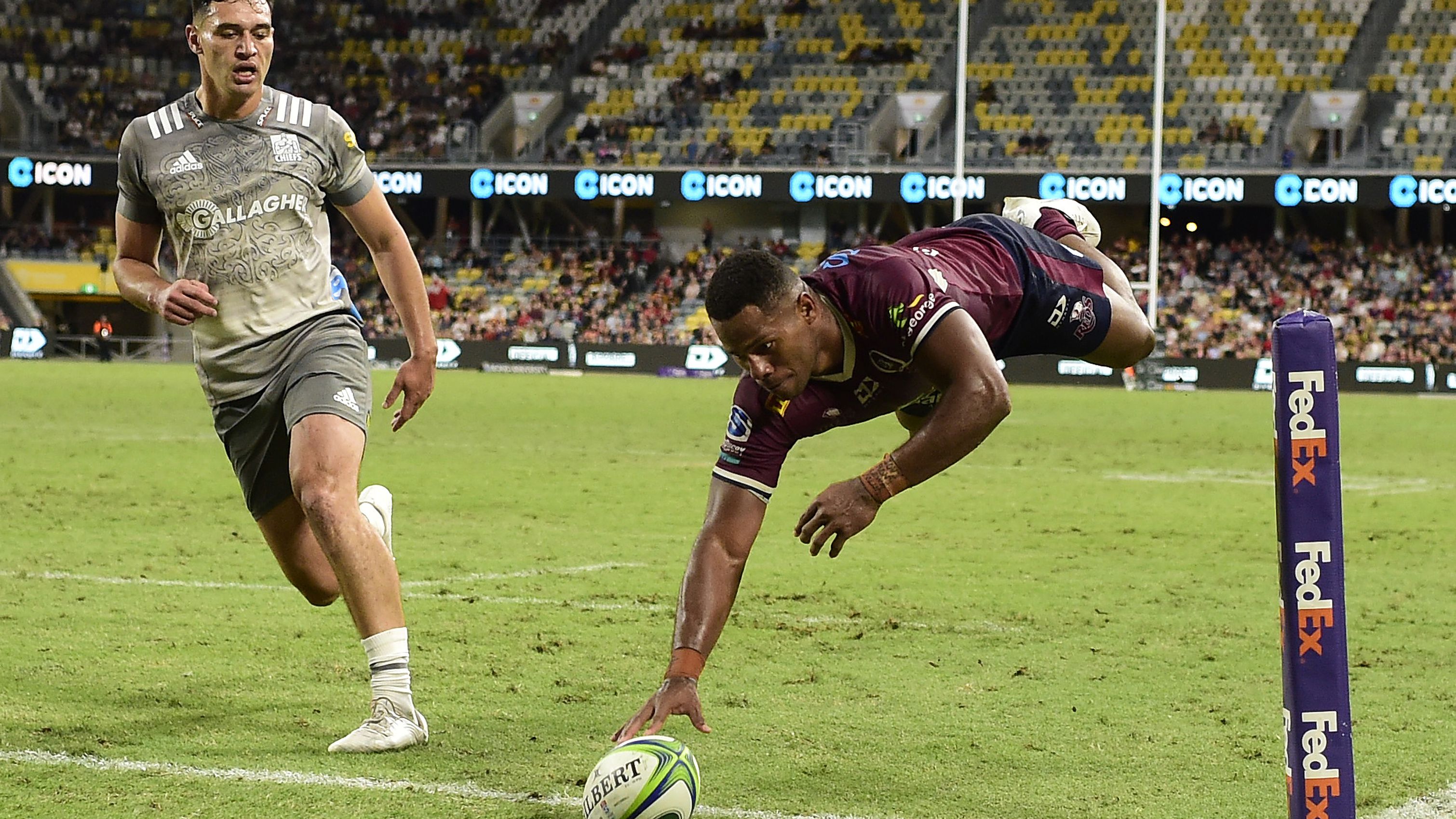 Brad Thorn looks exhausted as the Reds win their scrum ball, Kalani Thomas hoofs it out and an Aussie team has a W in Super Rugby trans-Tasman.

Crazy night in Townsville as New Zealand’s run of 13 straight wins comes to a halt.

Chiefs captain Brad Weber laments the cards to Damian McKenzie and Chase Tiatia, arguing they were probably the better side when 15 vs 15.

Reds No.8 Harry Wilson admits “it would have been pretty embarrassing if we had lost that. A win is a win.”