Rooster back in hospital after sickening incident 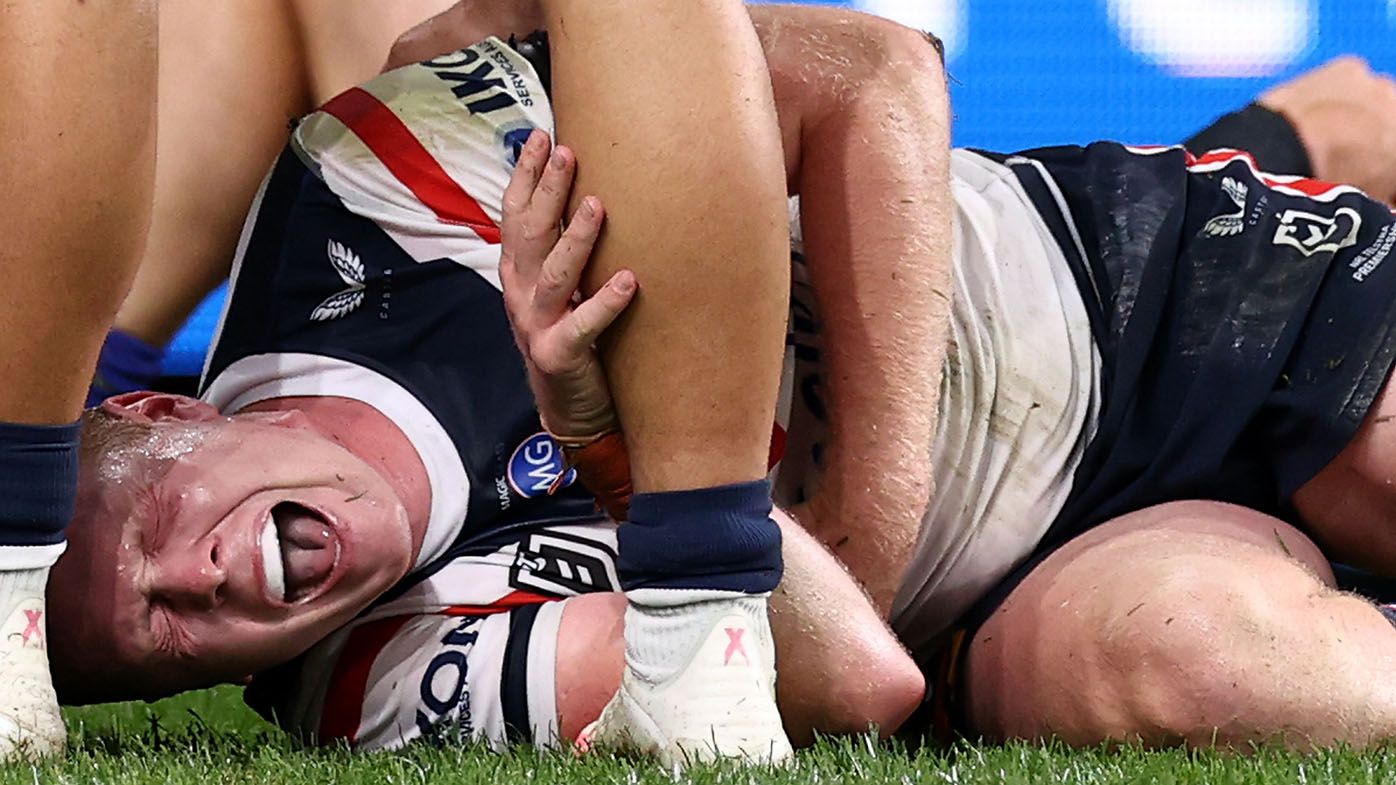 Sydney Roosters playmaker Drew Hutchison is back in hospital two weeks after breaking his ribs and puncturing a lung in a sickening incident in Round Nine, reports Nine News’ Danny Weidler.

Hutchison was forced to return to hospital due to complications that arose as he attempted to recover from the horrific injuries.

The former Dragon was in agony when Parramatta Eels five-eighth Dylan Walker slid into him, leading with his knees at Bankwest Stadium earlier this month in an incident that had Roosters coach Trent Robinson fuming due to the Bunker’s inaction until watching replays at half-time.

The Roosters’ 18th man, the prodigious Joseph Suaalii, wasn’t able to be activated because Brown hadn’t been sent off, sin-binned or placed on report.

An 18th man can only be injected into the game once three of his teammates have either failed a head injury assessment or suffered a match-ending injury.

Roosters lock Victor Radley (concussion) had already ended his day and, after losing Hutchison for the match in the ugly incident, all the Tricolours needed in order to call upon 18th man Suaalii was for Brown to be sin-binned.

NRL head of football Graham Annesley later confirmed that Brown should have at least been sent to the sin bin.

ARLC chairman Peter V’landys launched his fiercely debated crackdown on high shots on the back of the Roosters-Eels clash, which marred by several ghastly injuries.

The crackdown on foul play involving the head began in Magic Round.

V’landys has been unapologetic in the face of scathing criticism from Andrew Johns, Johnathan Thurston, Phil Gould and several other revered figures in rugby league.

The ARLC boss has argued that the welfare of players in retirement is at the front of his mind, that the threat of being sued by players affected by concussion was real and that the game must evolve so government doesn’t take action.